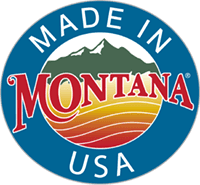 If you’ve got an itch, The Bear Claw Back Scratcher is the most satisfying itch relief tool in the shape of a bear claw on the market.

Neanderthals have used bear claws to cure itching for centuries!

With your very own Bear Claw Back Scratcher you can remove any itch within 22 inches. That’s enough inches to put any itchy itches in itch relief reach!

No itch will ever withstand the ferociously satisfying scratch that comes with every Bear Claw Back Scratcher.

Best of all, the Bear Claw Back Scratcher is made of walnut and white pine so you never have to worry about whether or not it’s a real bear claw…

It’s a masterfully crafted piece of therapeutic wood that will provide years of enjoyment.

Is it Better than Real Bear Claws? 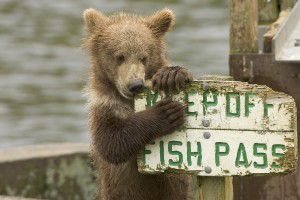 Yes, the Bear Claw Back Scratcheris the best back scratching bear claw ever used to scratch backs.

Today’s state-of-the-art bear claws have improved every aspect of back scratching:

Let’s face it, scratching with actual bear limbs is an ancient technique.

Can I just scratch with a stick…?

Don’t you think Neanderthals would have tried scratching with sticks before wrestling bears to the death? Are you going to argue with centuries of ancient itch relieving science?

Scratching with some unfashionable stick in public looks ridiculous; pull out your Bear Claw Back Scratcher, it’s portable!!!

You can relieve yourself anywhere you feel itchy.

… Or to the grocery store near some fruit that cause a rash if you’re allergic.

But especially bring it to meetings with insurance salesmen, if you weren’t itchy before you will be in a moment.

It Sounds too Good to be True… 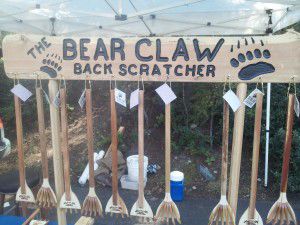 The Bear Claw Back scratcher is a wonderfully handcrafted piece of wall art!

Why do you think it comes with a brass chain? It’s so you can hang your bear claw in the living room for everyone to observe it’s ferocious grasp!

With the Bear Claw Back Scratcher hanging in your home, your walls will boast that confident “unscratchable itches are a thing of the past” look that will leave your your guests scratching their heads in amazement.

Songs have been Written about the Bear Claw Back Scratcher

You can do it in a car,
… You can do it on a bus.
You can even do it upside-down because right-side-up wasn’t fuss enough.

You can do it as first-base coach, or while eating an ice cream cone.
You can even do it with your pants down while you’re sitting on the throne.

You can scratch while in pajamas.
… You can help some itchy llamas.
You can do the sorts of things you never could just with bananas.

Does it feel good when I do it?

If you’re worried about comfort, don’t worry because the Bear Claw Back Scratcher has a very comfortable wood handle that’s perfect for gripping with precisely calculated firmness.

The wood grain can be grasped tightly, softly, or with rugged disregard, it doesn’t matter because you will always experience the deep-calming aura of total relaxation. 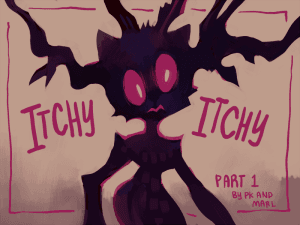 I used to rub my back against a door jam, NO MORE!! This thing is as big as a human hand, but better because it’s a giant bear claw. — Bob

I used to scratch my back like some hippy in private… Now I scratch with style, class, and total indifference for the people sitting around me in movie theatres!. — Bob

Everybody gets itchy, stick this bear claw in Holiday stockings, what a stuffer for gift exchanges!!! — Bob

Gave my wife a bouquet of these instead of flowers!! — Bob

So pretty! And functional. Even versatile. Surprisingly not combustible! — Bob

The Bear Claw Back Scratcher doesn’t come with ferocious little bear prints imprinted on the handle, but I’ve painted some on myself with the appropriate tribal paints I’ve been telling my therapist about. — Bob

This Christmas, give the gift of scratching. 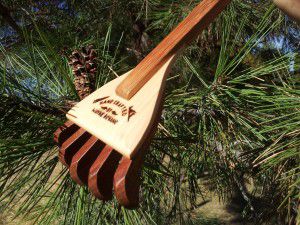 Are you thinking, “I need a scratch…”?

It’s time to set your fingers free from the rigorous wear and tear vigor’s of bodily scratching.

It’s time to get seriously satisfying itch relief with The Bear Claw Back Scratcher!